No one could remember what it was, but she had done something to displease her father and he had taken hold of her and thrown her off the cliff and she had fallen down, down, down, down into the ocean below.

Her body sank even deeper, doing its slow dance of death, until it came to rest on the seabead. As time passed, the fish and other creatures ate all her flesh, while the shells and crabs made their home on her bones and on many years she lay there, waving in the currents like the weeds, Skeleton Woman.

Believing it to be haunted, people stopped going to fish in that bay. One day, however, a stranger came fishing in his kayak, unaware of the gloomy legends that hung over that stretch of water. He cast his line over the side of the boat and the hook sand down, down, down, down to the floor of the ocean, where it caught in the ribs of Skeleton Woman. Feeling something on the end of his line, the man called out, “Oh-ho, I´ve caught a big one there!” and he began to pull his catch. Skeleton Woman felt something tugging at her and she trashed around trying to free herself, but the more she struggled the more entangled she became.

The man pulled on his line until at last Skeleton Woman was lifted off the floor of the ocean where she had lain so long, and was lifted up, up, up, up through the water towards the light.

When the man felt that his catch was close to the surface, he turned around to pick his net but, when he turned back, he screamed. For there, on the end of his boat, her teeth dug into the woodwork, water dripping from her seaweed hair, crabs crawling through her eye sockets, limpets glinting on her bones, was Skeleton Woman! The terrified man grabbed his paddle, knocked the dreadful apparition off the end of his boat and began to paddle desperately towards the shore, urging his craft onwards with all his might. In his panic, he didn´t realise that Skeleton Woman was caught on the end of his line and, when he looked around, there she was-  surfing through the waves behind him!

The man paddled on until at last he reached the shore. He leapt out of his kayak, grabbed his line and began to run across the ice. But when he looked behind him, humping and bumping through the ice, came Skeleton Woman and, no matter how fast the man ran, every time the man looked behind him, there she was! The man ran on and on, heart pumping, legs flailing, eyes wide with fear. He ran through the piles of dried fish and as she skidded through them, Skeleton Woman reached out a bony hand, picked a fish and ate it.

The man run on until at last, exhausted, shaking, terrified, he reached his snow house. He dived through the door into the darkness within and for a long time he lay there panting, free at last from the horror of Skeleton Woman. Eventually he recovered a little and lit a fire, but then he screamed, for there, in the house with him, was Skeleton Woman.  Her bones were all jumbled up from the journey and on one leg was inside her ribcage, the other behind her head; water still dripped from her seaweed hair; and the barnacles on her grinning teeth flashed int the firelight.

As he looked at her the man realised that he could not escape from her, and perhaps because he was a lonely man , as he looked at her, as he accepted his fate, something moved inside him and he felt compassion for her. He crawled over to her and, crooning soothing words, he gently rearranged her bones until everything was in the right place. When that was done, he took a sealskin robe and put it around her shoulders and then, exhausted by the day´s adventures, he fell into bed and went to sleep.

Skeleton Woman sat motionless, on her guard, watching the sleeping man, not daring to make a sound in case she should anger him and he too should take hold of her and throw her out, as her father had done so lone ago.

As the man slept he had a dream and that dream caused a single tear to run down his face. Watching the tear, Skeleton Woman felt the thirst of ages upon her and she crawled over to the sleeping man, put her bony mouth to his face and began to drink the tear. As she drank that tear became a river and she drank and drank and drank and drank, until at last her thirst was satisfied.

Now Skeleton Woman began to sing a song, a song as ancient as the ice crystals that surrounded her and, as she sang she slipped her hand under the covers, reached inside the chest of the sleeping man and pulled out his beating heart. And as she sang, her voice gaining strength with each breath, she rubbed the heart over her bones.

When she was complete, Skeleton Woman sang the clothes off the sleeping man and slipped into bed beside him. Then she reached inside her own breast, pulled out her heart and gently put it inside the chest of the sleeping man, and his heart she put inside her own breast. And in the morning, when they woke, they were wrapped around each other in a good and lasting way.

From that day on they lived together and every time they went out fishing, the creatures of the ocean freely gave their bodies to Skeleton Woman, who had lived amongst them for so long. And the man and Skeleton Woman lived long and  happy  lives. 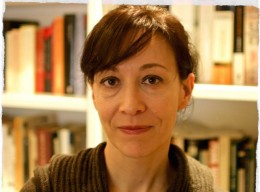